Recently, I had an order for 24 cupcakes. Now, it’s always terribly dull to be repetitive with cupcakes. The order made no specification as to flavour or colour beyond the request not to use sharp flavours like, lemon etc. This led to the following three kinds of cupcakes:

For the first cupcake kind, I used a simple fluffy chocolate cake. With the icing, however, I wanted something less dense than the usual chocolate buttercream, something fluffier and more moist. I think it worked out pretty well!

For the second kind of cupcake, I decided to make the most of the luscious strawberries in season. In doing so, I began with making a compote of the strawberries and by letting them boil for longer, I removed as much of the water as possible; then, I sieved the mixture to leave me with a sweet, tangy, purely strawberry coulis. With this I flavoured the cakes.
The icing, however, was made of cream cheese frosting, flavoured with some rose-water. I often find that a very sweet flavour can be softened and sweetly enunciated by rose-water. As cream cheese isn’t so willingly pliable as piped icing, I used some white chocolate maltesers to add the final sweet touch! 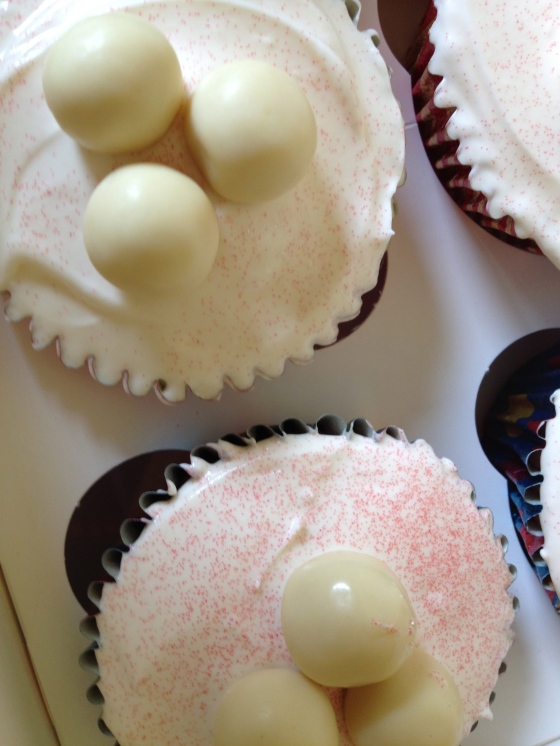 This final cupcake is actually my favourite concoction. Why? For me, it came out the prettiest and also: the cupcake mixture looked perfect in the bowl, the icing piped so beautifully – the little flowers remind me of chrysanthemums, and the sprinkle of toasted coconut just adding the right hint of je ne sais quoi – for there truly is no words to describe how much I appreciate these cupcakes ! 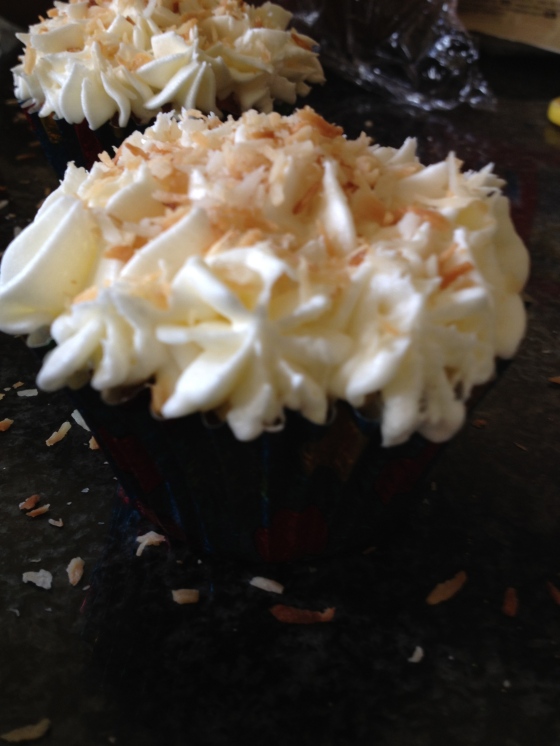